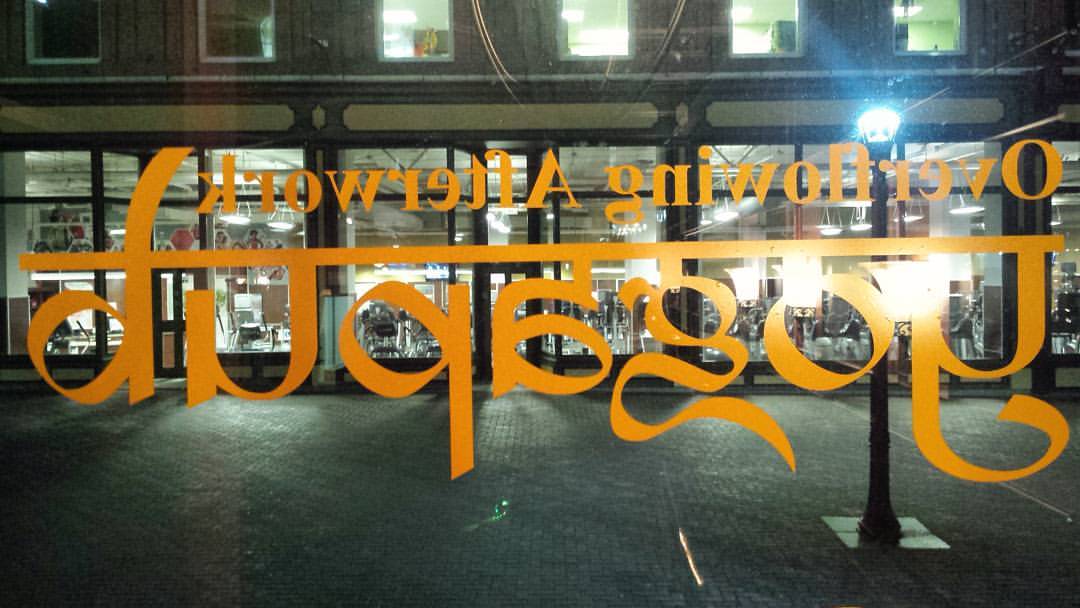 In 2016, Thornton was invited to develop a piece by the Halifax Mayworks Festival for Working People and the Arts, a unique annual event sponsored by the city’s trade union federation. The piece took the form of a free “happy hour” yoga class in a downtown bar on where the public was invited to learn about the potential of having Nova Scotia declared a “post-work” province. Due to its economic marginalization under neoliberal globalization, less than 50% of Nova Scotians actually “work” – a statistic that includes not only the conventionally unemployed, but also children, the elderly, refugees, students, those with certain disabilities and those who have for various reasons fallen out of the labour force.  Thornton’s piece was dedicated to envisioning this often shameful reality as a source of pride and solidarity: the fact that so many people are not working isn’t a shameful sign Nova Scotia is backwards; it’s the world’s first “post-work” province, where a life after capitalism can be imagined. 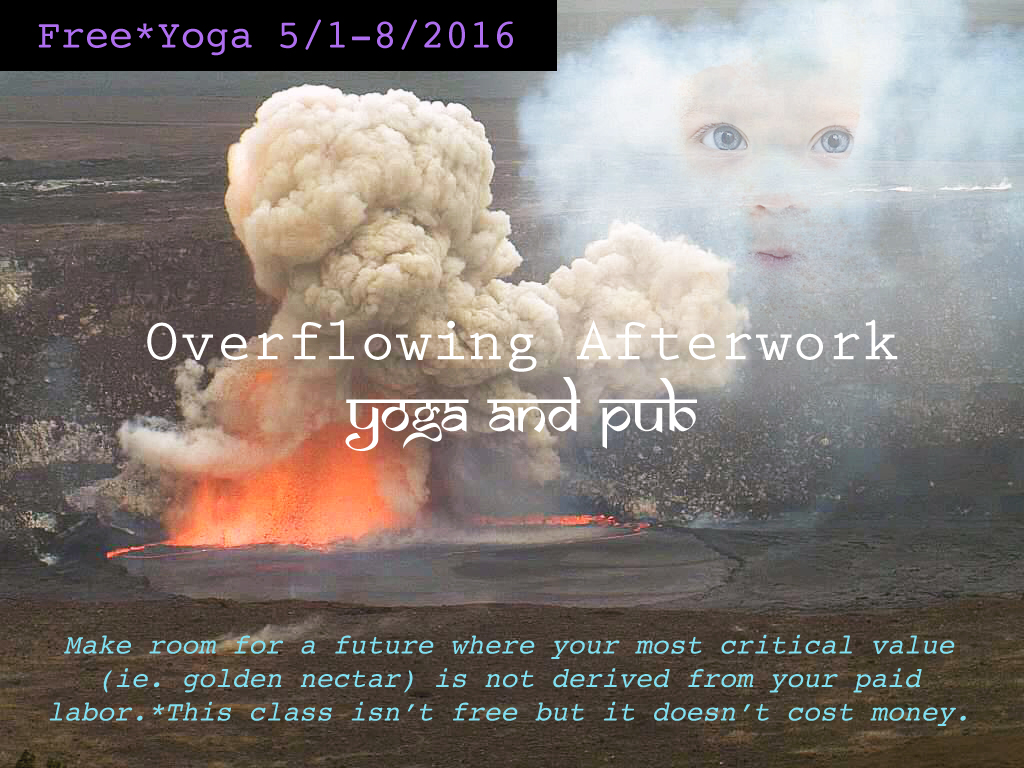 In preparation for the final installation, Thornton met with and facilitated workshops with a wide variety of post-workers including students, retirees, new mothers and animals. The final installation, produced between 2-9 May 2016 as part of the Mayworks Festival took place in the bar and project space of the Nova Scotia College of Art and Design in downtown Halifax. The floor of the bar was laid with sod and online and poster advertising was used to attract interested parties. At 5:30pm on weekdays and 2pm on Weekends, attendees were invited to purchase a beverage and asked to watch a short video together about the project and the idea of post-work, which was shot using a model Thornton hired on the gig-economy platform Fiverr.

Afterwards, participants were ushered into the sodded portion of the bar where they were led in a 45-minute session based on Kundalini yoga practices, but using a special script which put them in a receptive state to meditate on ways to find their personal and collective value outside of work. Following the session, participants discussed their experiences and were asked to sign and take with them a petition to the provincial government to have Nova Scotia declared the first post-work province. 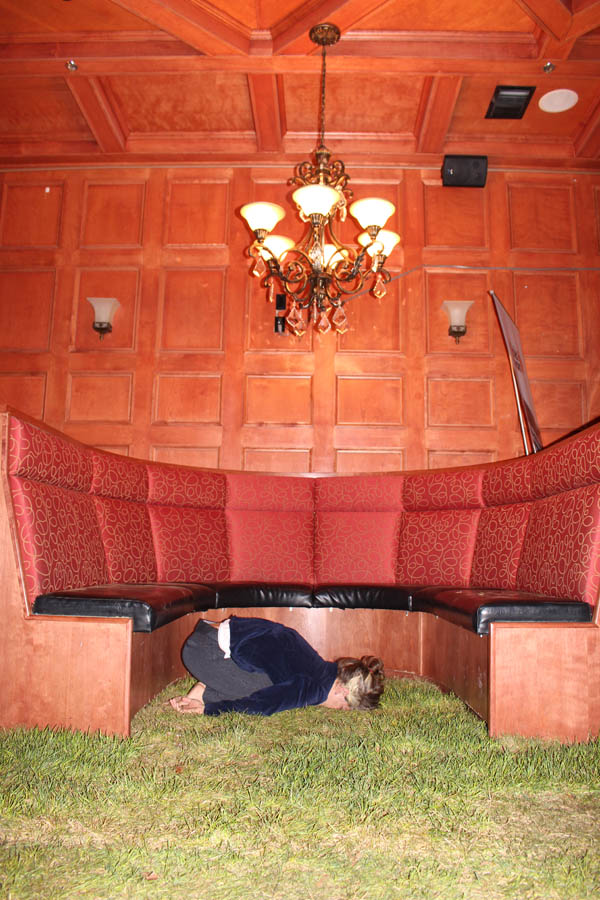 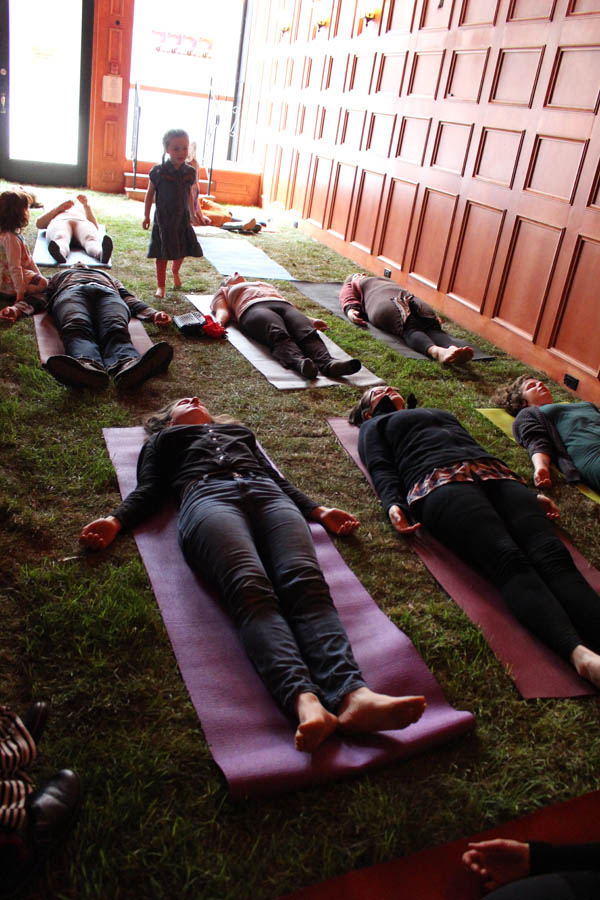 As automation and transformations in global capitalism make so many jobs irrelevant or redundant, especially in certain areas of the globe, many theorists speculate we will enter a post-work era. Yet people are working longer and harder than ever, and are made to compete for the few jobs that remain, which have become more and more precarious as a result.These new forms of exploitation are held in place by the insistence that “work” (in terms of something one get’s money for doing for someone else) is the primary source of a person’s value. Thornton’s piece asked participants to explore their sense of value outside of or “after” work, and also invited them to consider how they produce non-monetary value for themselves, their loved-ones and their communities. Could this be the basis for a different future of abundance and freedom?

From May 3-8 I’ll teach a daily post-work yoga class in a pub in Halifax. For the most updated information starting in April, go to http://mayworkshalifax.ca/

Our Happy Hour consists of a traditional overflow of beverages as well as a post-work yoga class. This powerful flow will squeeze your sacred beliefs in economic industriousness as your highest calling. You will shriek when your authentic happy baby exerts a slow but continual downward pressure on your assumption that work is the most central feature of your adult life. It will rise up from the bowels of the earth and cry mutiny against the tacit agreement that your life should be spent working to save an economy that sells you back your own golden nectar.

The class costs 1.5 woman-hours, pay at the bar.

Nova Scotia has declared itself a post-work province! Automation is replacing jobs, old industries are collapsing, and many of us cannot or do not to work. The idea of “post-work” is a way for us to re-imagine the lives of retirees, precarious workers, the unemployed, refugees, and others (YOU?) whose lives are not centered around jobs as being at the cutting edge of human existence. Please participate in this provincial survey, which will help us to develop statistics about this growing movement.