ROCK is a sci-fi thriller, presented as a lecture and book by Cassie Thornton with support from RECESS in our Moving Out series. ROCK investigates the role debt plays in our everyday lives. Tension and inquiry about debt are relieved by themes of outer space.

Saturday, May 30th, 2015 | 7pm
Mother Foucault’s Bookshop
523 SE Morrison St, Portland OR
(I think you can still get the book here actually.)

ROCK is the story of a mass that is unable to be valued, because it is simultaneously a physical piece of debt and a meteorite. In this story, which began to unravel in 2011, Cassie Thornton experiences the impact of indebtedness on her unconscious while she yearns to feel the infinity offered by outer space. If debt were a meteorite—a condensed and heavy, physical thing—could it be thrown at the debt ceiling (which has replaced the ozone layer around the earth)? Imagine debt leaving earth, breaking through into a different, epic value system. Imagine a life in which the debt doesn’t just loom over our heads or cloud our thoughts. If we could follow the debt into space, would we escape this hard landscape that does not support life over profit? 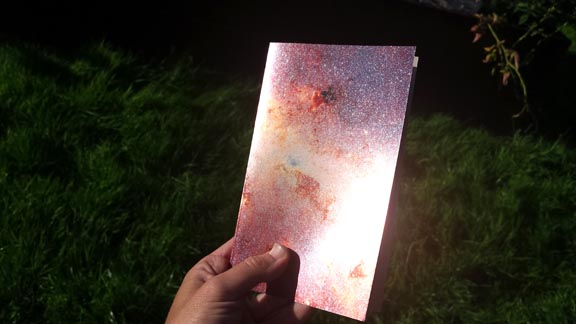 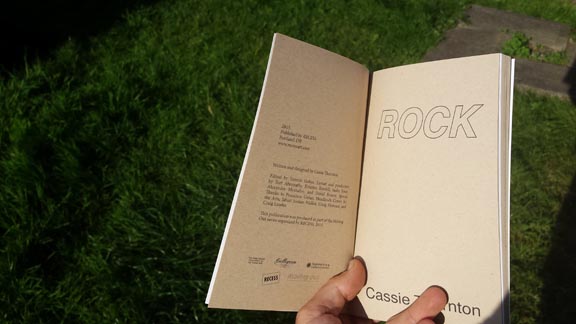 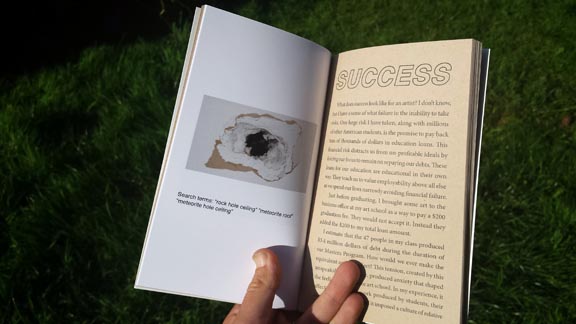