Not only did Wall Street cause the 2008 financial crisis and get off scot free, their regime of debt has ruined lives and destroyed communities. It’s also poisoned the art world and overseen a shift towards precarious employment and life in the arts and cultural sector and beyond.  Isn’t it time for revenge? In her contribution to New York’s Flux Factory’s Debt Positive exhibition in June of 2016, Thornton sought to actualize this dream by creating a series of cursed watercolor paintings of holes in walls created by meteors that were placed in financial offices throughout the United States, opening a chasm through which the unknown could manifest.

This act was represented in the gallery by a video (scripted by Thornton and produced by a freelancer on the gig-economy website Fiverr) detailing the life and work of Cassandra, a watercolorist who went into tremendous and ultimately fatal debt in order to produce five exquisite paintings which she willed be placed in financial institutions. The video was placed on a screen placed over top of a whole in the gallery wall and the audience was invited to peruse images of the paintings themselves on a nearby tablet. However, only those wishing to place them in a financial institution were invited to speak to the gallery staff about purchasing them.  The video revealed Cassandra as a prophetic figure who received a divine calling to produce the watercolors in order to “give back” all she had received from a financial order that was slowly killing her.

Several of these paintings remain inside financial institutions today, acting as an opening for Cassandra’s dream, and ours. 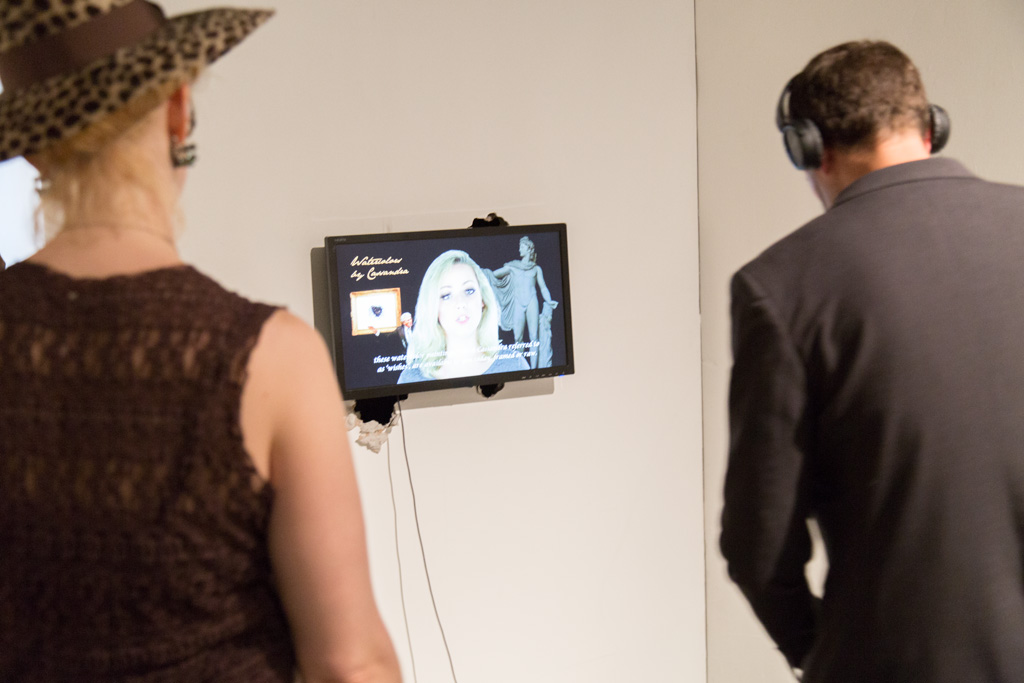